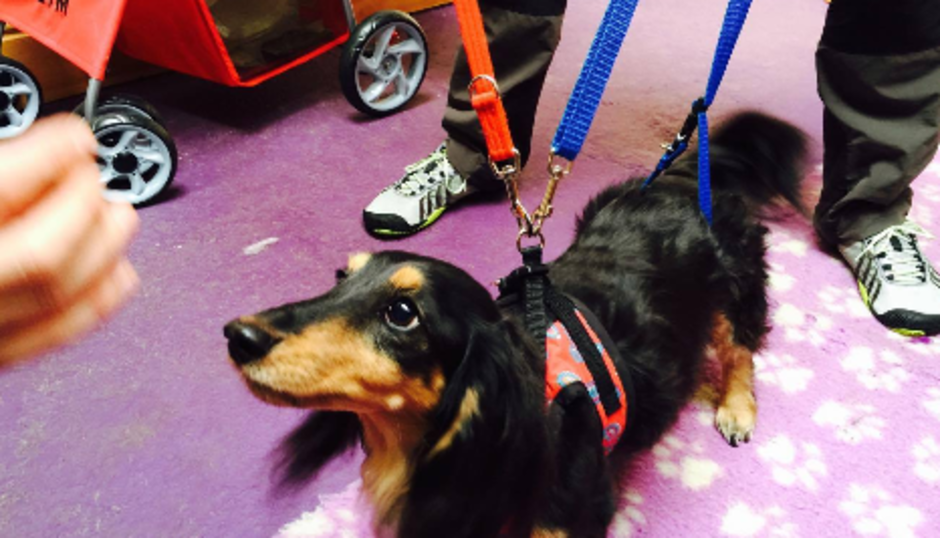 The length of time it will take for your dog to recover from surgery and how much normal function will be achieved depends on several factors:

In general, the less severe the damage and the quicker surgery was performed, the better will be the recovery.

In one study (Hady & Schwarz 2015), the average recovery time was 16 days and dogs spent an average of 40 days in formal physical rehabilitation. It also reported that more time in formal rehabilitation and more underwater treadmill sessions increased a dog’s chances of improvement.  The underwater treadmill therapy was started 10-14 days after surgery and was done weekly.

Other studies have shown that 90% of dogs were able to walk at between 10 and 13 days after surgery. However, the dogs able to walk after 10 days had all been able to walk prior to surgery (i.e. they had lower pre-operative Pain Response Scores).

Davies & Brown 2002 reported 96% of dogs in their study were able to walk within 3 months. The average time to walk was 12.9 days and was significantly shorter if dogs had postoperative voluntary motor function (7.9 days).