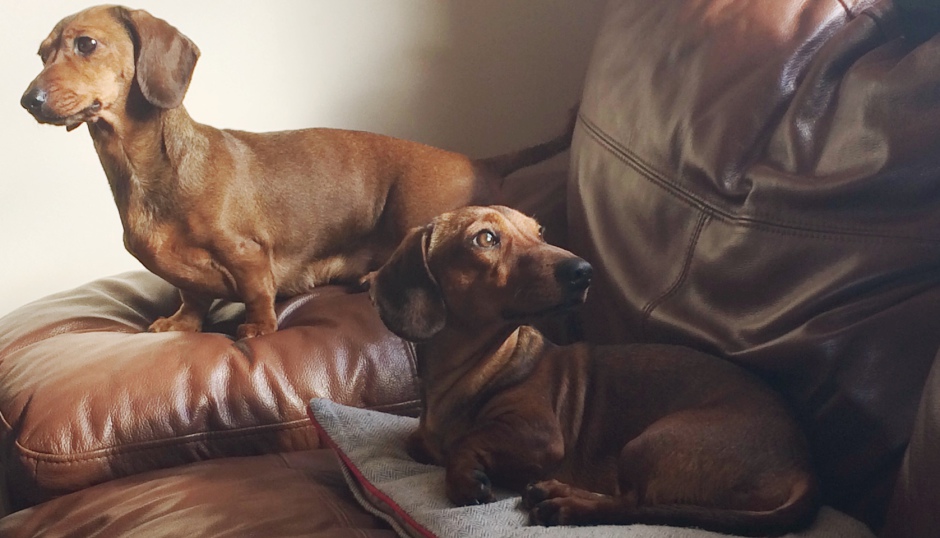 Our Approach to Intervertebral Disc Disease in Dogs: A Review of the Current Literature

This page presents a summary of the key information presented in the above paper which will be of most relevance to Dachshund owners. The references are not included in these notes; refer to the full paper for details.

Prognosis of dogs with IVDE

A positive indicator for fast recovery is some motor function after surgery. Reported time to ambulation is around 7-14 days (in up to 96% of cases) although this will be longer in dogs with severe signs prior to surgery. Time to establish bladder control after surgery is typically shorter than time to regain ambulation and is correlated with severity of pre-operative signs.

Disc extrusions with extreme hemorrhage (DEEH) seem to have a lower healing rate.

Loss of Deep Pain Perception (DPP) is considered to be the only clinical sign which negatively affects prognosis with surgical success rates ranging from 0-76% and averaging 50%. Most studies show that surgery is more successful when performed within 24 hours of loss of DPP. However, it is often not possible to identify precisely when DPP was lost. MRI scans and the presence or absence of a hyperintense intramedullary signal in T2 weighted scans have been shown to be strongly correlated with surgery outcomes. MRI is therefore recommended to make a more exact prognosis in dogs with severe symptoms.

The Frankel Scoring system is the reverse of the clinical grading system often quoted in the UK (where Grade 1 is a low grade incident and Grade 5 is a severe case).

Relapse rates with conservative treatment of Frankel 3 cases were 30-50%. The high rate of relapse in these cases may be considered an argument for surgery.

Surgical treatment of IVDE is recommended for spinal pain or paresis unresponsive to conservative treatment, but also for patients with recurrence of clinical signs during or after conservative treatment. Non-ambulatory patients are generally candidates for immediate imaging and decompressive surgery, with the aim of removing all extruded Nucleus Pulposa material.

Robust evidence shows that surgery is recommended in dogs with Frankel scores of 0, 1 or 2.

The sooner a dog can move its affected legs and empty the bladder, the lower the post-surgery complication rate.

Recurrence rate of IVDE after surgery

Reherniation can occur at the same site up to 4 weeks after surgery. Further imaging is recommended if there is unexpected pain or neurological deterioration in the immediate period after surgery. Most cases can be re-operated with a successful outcome. Recurrence rates range from 5-15% with the subsequent herniation occurring at a different site in 83-100% of cases. There is evidence that recurrence rates are higher in cases where prophylactic fenestration had not been done.