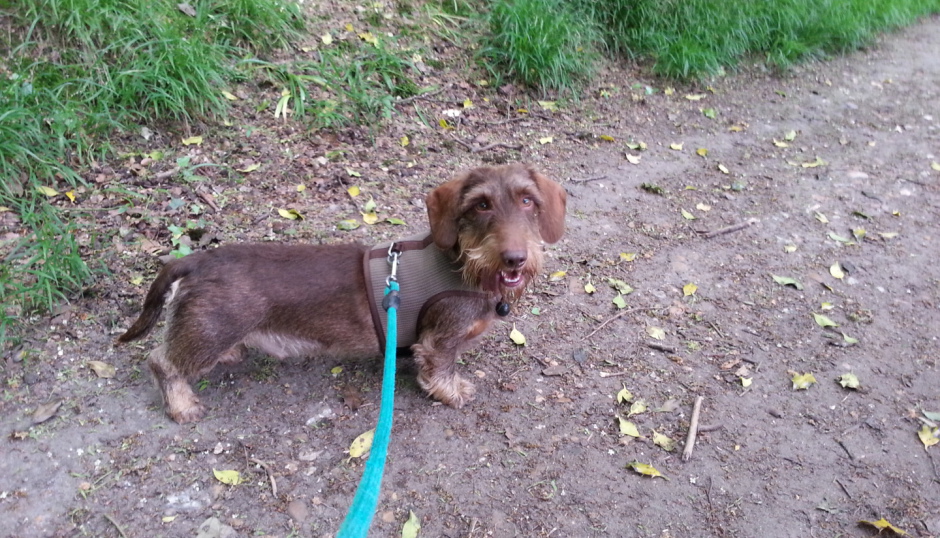 Dogs that pulled on the lead rather than walking to heel were no more likely to have suffered IVDD, irrespective of whether or not they wore a collar or a harness.

90-95% of all Dachshund disc herniations occur in the middle to lower back, not in the neck. It, therefore, seems unlikely that walking a Dachshund in a collar increases its risk of back problems.

If your Dachshund has had an IVDD incident with one of the cervical (neck) discs, ask your vet whether it would be more appropriate to use a harness than a collar, for walking your dog.

Harnesses: a chiropractor's view of the problems they can cause

Amber Calleran - Holistic Hounds - has written a blog post about the use of harnesses. She says: "I have treated many dogs that use harnesses because owners feel they are kinder. But in fact it commonly causes back issues, poor musculature, over developed neck and shoulder muscles (often unevenly), joint problems and poor foot balance."

"...for a happier, more balanced dog alternatives should be used when walking and exercising your dogs."