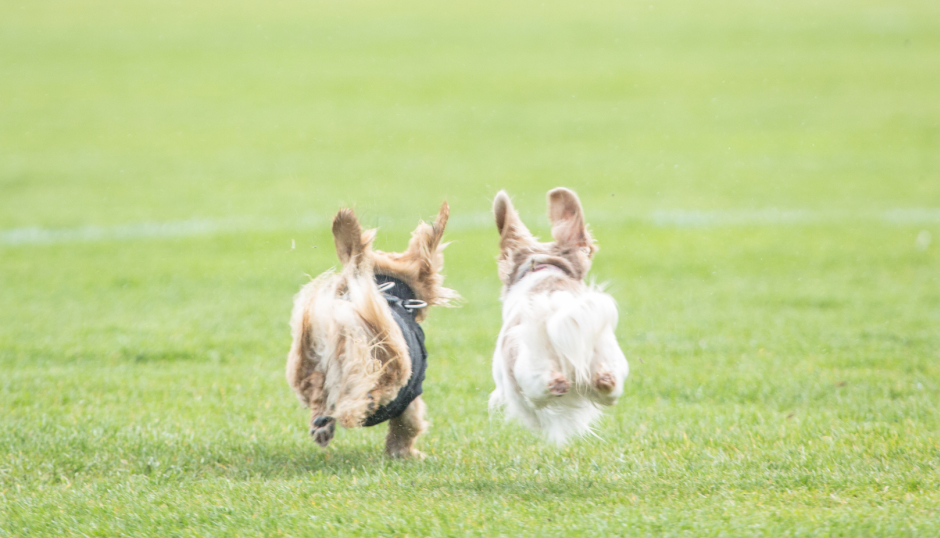 In our survey, we asked owners to describe their Dachshund’s activity level as:

We looked at dogs over the age of 3 that were highly or moderately active and they were half as likely to have suffered an IVDD incident as dogs described as mildly or not at all active.

This could either be a genuine effect of fitter dogs being less prone to IVDD, or affected dogs are now leading less active lives.

Don’t over-exercise a young puppy; allow it to mature fully and for its bones and muscles to develop before expecting it to be able to go on long walks (a rough guide is 5 minutes of “formal, on-lead exercise” daily, per month of age, in addition to allowing free playing/exercise)

Once fully grown (over the age of 12 months), keep your dog well-exercised and in good body condition (well-muscled and not overweight)

A mixed exercise regime on-lead and off-lead will help build good muscle tone; they need to live their lives as “proper dogs” – remember their working origins, so they should be able to run and jump.

We all know that owning Dachshunds is habit-forming and one is never enough. The good news, from our survey, is that living with more than one also reduces the risk of your dog having back problems!

More advice on the minimum exercise that a Dachshund requires from "You did what with your wiener?"