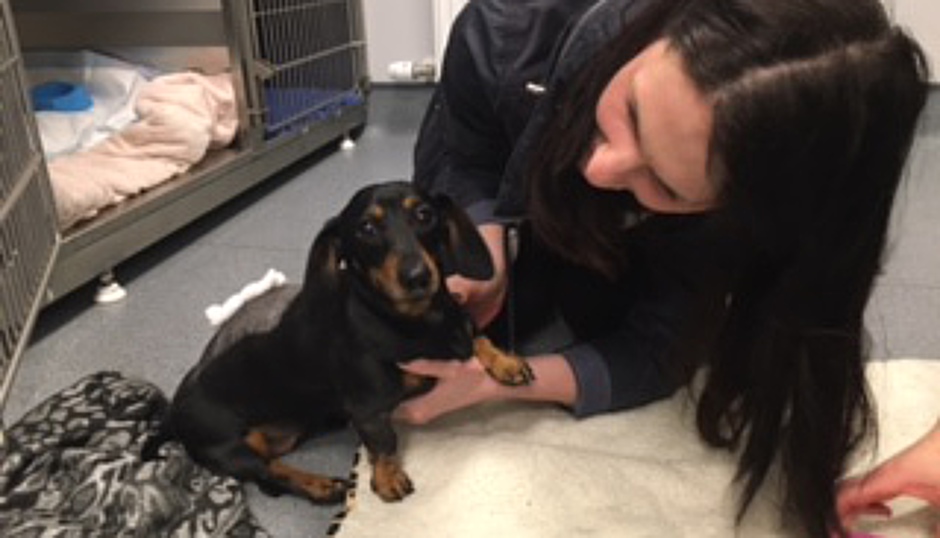 Joanne Walker wrote to tell us about Pippin:

"Pippin had not been herself for up to a week - not wanting to go upstairs, Jump, play and go for walks.  Around day 5, Pippin started to act like she was in pain and became wobbly on her back legs, the next day she urinated on her bed without knowing.  I took her straight to the vet and described her symptoms.  The vet felt that it was muscular rather than spinal although I told the vet I thought spinal.  I questioned why she had been incontinent and the vet said it could be due to stress. 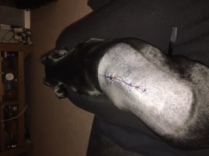 I had to take the vet's advice and we returned home with Pippin; she was given Metacam and Tramadol for the pain.  Pippin became more immobile as the day went on and urinated again in her bed the next morning.

I took her back to the vet and by the time we arrived Pippin could no longer use her back legs.  We were referred to AVR (Aberdeen Veterinary Referrals) where Pippin was admitted to have a CT scan. She was found to have 75% compression on her spinal cord and was operated on immediately. 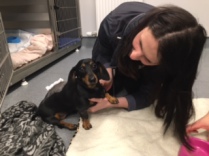 Pippin was then kept in the vet's for 1 week before being allowed back home, where she was placed on 8 weeks' cage rest.

She was not able to walk for 2 weeks after surgery but began to stand for brief periods of time, eventually building up to walking.

Pippin was operated on April 2016 and can now walk and run on grass, but is very reluctant to walk on hard, rough surfaces such as pavements.  Her back legs are very weak and she still sometimes knuckles over, but she does not seem in any pain.  The scan results showed that Pippin has another disc that is "dehydrated" and we have been given a 1 in 3 chance of recurrence.

We live in hope that this will not happen as we also did not have lifetime insurance."