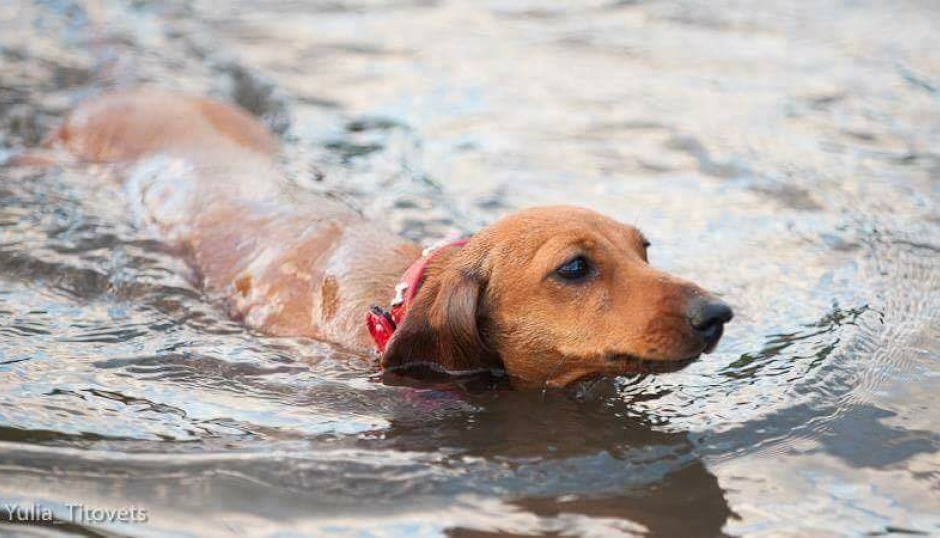 How common is IVDD?

In order to find out about IVDD in UK Dachshunds, the Dachshund Breed Council has carried out health surveys involving over 6000 dogs. We can use the results to identify how common (prevalent) back disease is in our breed. Our results are consistent with peer-reviewed research carried out around the world.

The data shows that, typically, 1 in 4 Dachshunds will suffer some degree of back disease during their lifetime. This figure is about 10-12 times higher than would be expected in the general population of dogs.

In total, 342 (17%) Dachshunds from our 2015 survey were reported as having had some degree of back problem. 104 of those went on to have repeat incidents. The proportion reporting IVDD varied depending on the variety (coat and size). Smooths had the highest (25%) reported prevalence and Wires the lowest (9%). There was no difference in IVDD prevalence between dogs and bitches. 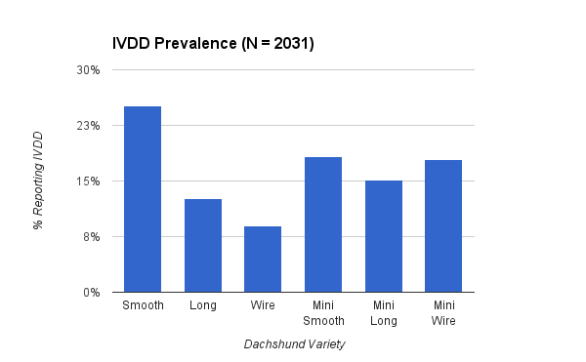 However, it is important to note that IVDD is a particular risk between the ages of 4 and 7, so these figures need to be adjusted to show prevalence by age.

Although there were a few cases in very young dogs, the majority of cases of IVDD began to be reported in Dachshunds over 4 years old. 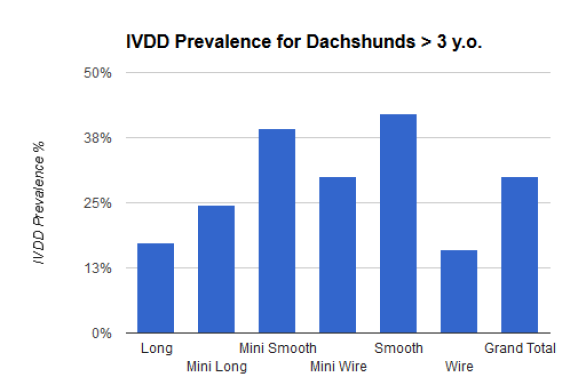 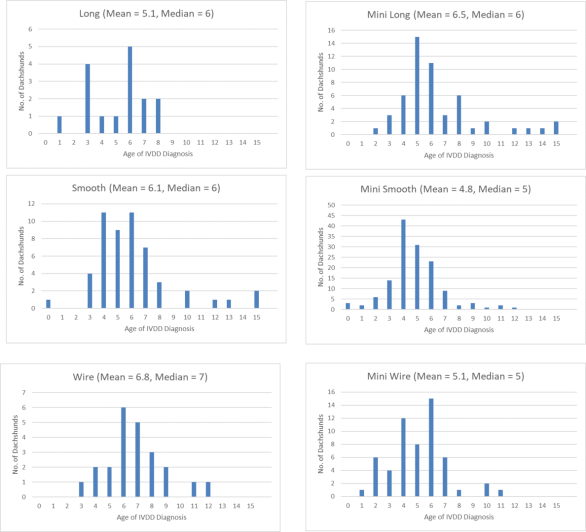 Which discs are most at risk?